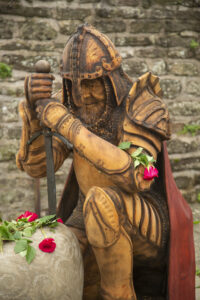 KING ARTHUR was officially welcomed to Caerleon on the night of Wednesday 9th November.

Created at the request of Caerleon Festival by local sculptor, international star CHRIS WOOD, Arthur now resides in Isca Road, Ultra Pontem.   Looking at Arthur’s face there is more than a hint of Henry, our dear friend, the late HENRY LUTMAN.  The sculpture not only restores Arthur’s legendary presence in Caerleon, but also celebrates the life of Henry.  In their own way both legends.

KING ARTHUR and his association with Caerleon endures.  Alfred Lord Tennyson was inspired in his writing of ‘Idylls of the King’ whilst gazing from the Hanbury Arms across the Usk at full tide.  Contemporary description of the coronation of a medieval king described it as splendid like the crowning of Arthur in Caerleon.  Retrieving the sword from the stone near the Bell Inn, Arthur reminds us that the ‘once and future king’ is here to stay. 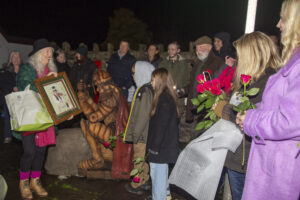 HENRY LUTMAN, a key member of the Caerleon Festival and friend of the village, will be remembered for his character – good nature, humour, ‘can do attitude’, creativity, humanity; and his contribution to the community – organiser of events including festival concerts, the annual Christmas Market and the Welsh New Year/Hen Galan celebrations (Henry was in fact the Mari Lwyd concealed in a costume he designed himself). 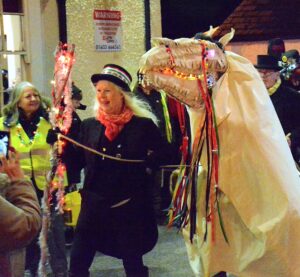 Henry was a musician, artist and designer.  In short, he was a force for good, much missed but remembered and his life celebrated. 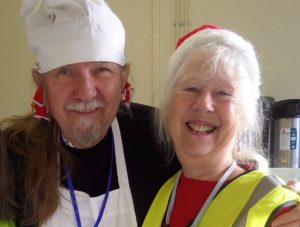 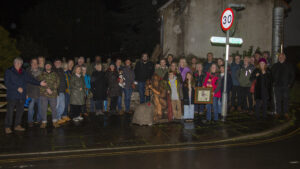