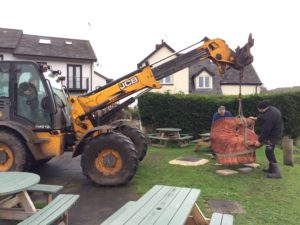 In November 2018 the Community of Caerleon commemorated the centenary of the Armistice that ended “The Great War” – the “War to end all wars” – now known as the “First World War.”  “Caerleon Remembers” in St. Cadoc’s Church was a fitting tribute to the local men and women who served in the War, some of whom made the ultimate sacrifice.

Afterwards, the “Caerleon Remembers” and “Caerleon Arts Committees” led by Dame Rosemary Butler decided to commission a memorial artwork to be created by sculptor Chris Wood.

The sculpture in the form of a bench is now sited on the banks of the River Usk outside the Hanbury Arms.  The face of a veteran soldier gazes across the river to the light of the sun.  His eyes and facial expression suggest deep reflection on the tragedy of war and its aftermath.

“The Veteran” will in due course be relocated to the Festival Meadow.

Sculptor, Chris Wood (local, but of international repute) is commended for his creativity. 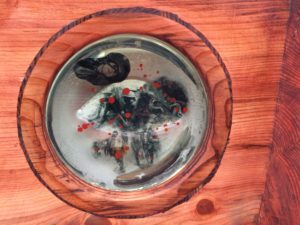 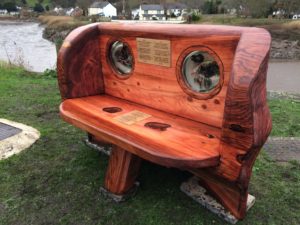