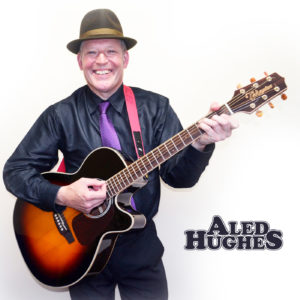 Best described as being in the pop-folk-soft rock genre, he writes songs in both English and Welsh. Some take quite a light-hearted perspective, while others deal with heavier themes. As well as composing his own material, Aled Hughes does renditions of Welsh standards. He has released three albums It’s Acoustic, ’67 and his latest Earl Lane. The albums are available on worldwide download and on many sites including iTunes and Spotify.

Aled Hughes is a “Welsh for Adults” tutor in the Vale of Glamorgan and has in the past tutored in Caerleon, Newport, Cardiff and Pontypool.