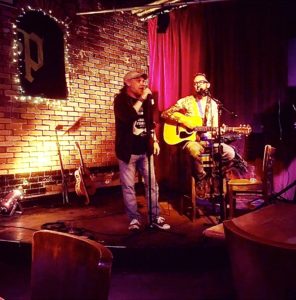 Oxbowlake is an acoustic folk band from South Wales that have been playing together for about six years. Their first album is out and they managing to gig several times a week. Oxbowlake like to think they give a little comedy, some acoustic poetry and a couple of foot stompers. Its all original and its all for the joy of it!!