Blind River Scare  is Tim Manning, a singer/songwriter playing original Americana, Alt-Country, Folk & Roots tinged bitter-sweet songs.
He has released ‘Killing Time’, ‘The Straight and True’ and ‘The Point of No Return’.

Tim has both headlined and supported touring acts, creating a distinct niche for himself on the UK music scene. 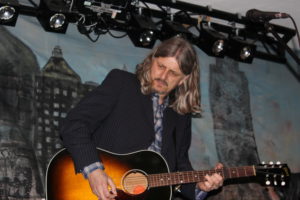