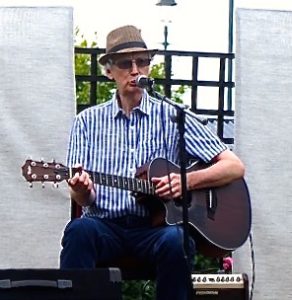 Some of his material has a touch of humour but generally it is wide and varied.

Ronnie Threechords has completed his CD album “Thank you Both” which is selling well around the music venues.