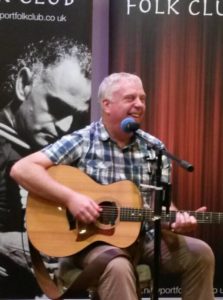 Phil Millichip is a fine singer/songwriter and a good guitarist, who has performed at many folk clubs and festivals throughout the country.

He has written many songs, some of which have been recorded by folk singers such as the late great Vin Garbutt.

The songs tell stories, many of which have been inspired by the history of South Wales, such as If I had a Son which is about the life of a coal miner and songs like Roman Road inspired by the rich history of Caerleon, and the surrounding area.

Phil Millichip also enjoys singing covers of other people’s songs, and has a wide repertoire of material, delivered with passion and backed with creative arrangements