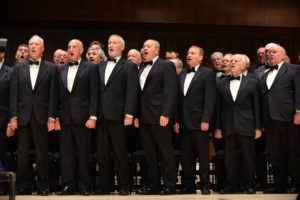 Under it’s Musical Director, CONAL BEMBRIDGE-SAYERS, the choir boasts a vast repertoire and performs in English, Welsh and many other languages. Despite the pandemic the Choir managed to record three singles remotely and made headlines with its early adoption of Zoom for rehearsals. 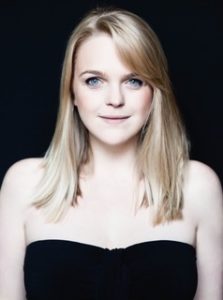 The Choir is delighted to have CHLOE MORGAN to be the soloist at this year’s concert in St. Cadoc’s Church.

Chloe was the winner of MOCSA’s Young Welsh Singer of the Year Competition in 2017, and was the soloist at the Morriston Choir concert in St. Cadoc’s in 2018.

She accompanied the recent Choir’s tour to Austria and Poland where she was greeted with great acclaim.

Chloë Morgan is one of Britain’s most exciting developing talents. Winner of the Emerging Artist award at the inaugural Opera: By Voice Alone competition, 1st Place and Audience prize.

Solo highlights include Knoxville: Summer of 1915 with the Southbank Sinfonia and Bach Christmas motets with La Nuova Musica in St John’s Smith Square, a tour to Vienna and Krakow with the Morriston Orpheus Choir, a gala concert with Robin Stapelton in Italy, Brahms Requiem and Mozart Requiem at the National Concert Hall, Dublin, and Bach’s St. Matthew Passion for De Nieuwe Philharmonie Utrecht. 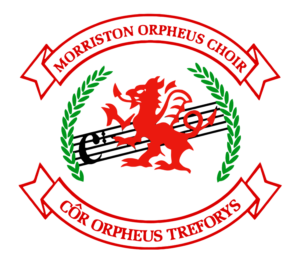