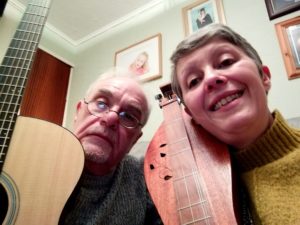 MARILYN & DAVE FOWLER: Marilyn and Dave are a husband and wife team. Both play guitar but in recent years Marilyn branched out into playing mountain dulcimer. While liking contemporary folk music, being singer & songwriters, their main love and influence is traditional English and Celtic music and song. 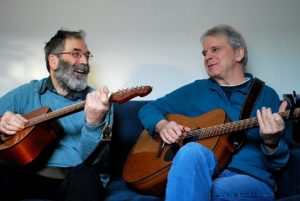 STEVE WRIDE & MICK PEARSON: In addition to songs from the folk tradition, Steve and Mick play material from a wide range of influences, including Tom Waits and Leonard Cohen. They are also proud to have worked with Martin Carthy. Well, they once fed him and drove him from Cardigan to Cardiff…! 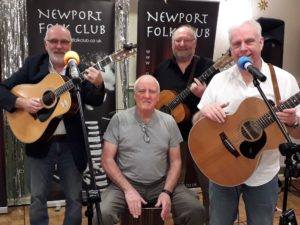 All the band members have been involved in the local music scene for many years, including several appearances at the Caerleon Festival.

The band will perform some popular crowd-pleasing songs in which the audience will be actively encouraged to join with the band on the choruses.