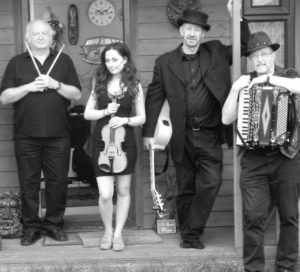 The band has been established on the Welsh Folk Rock scene for over 10 years sharing the stage with such luminaries as Amy Wadge, Adrian Edmondson and The Bad Shepherds, The Strawbs and Simple Minds.

The Good Companions play a blend of Celtic traditional songs and reels along with some Americana and originals in the same vein.