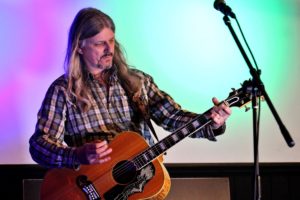 He writes heartfelt tales of love, loss and life coupled with proper song-craft that sounds both timeless and contemporary.

In promoting releases such as Killing Time, The Straight and True, The Point Of No Return and Pastures New in the good old fashioned way has seen Tim travel the length and breadth of the country, both headlining and supporting touring acts. In doing so he has created a distinct niche for himself on the UK music scene.