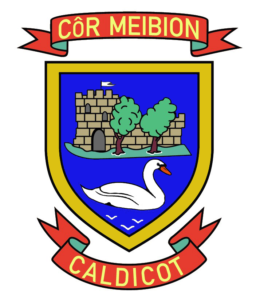 CALDICOT MALE VOICE CHOIR is one of the leading and larger Male Voice Choirs in Wales and is ideally placed to perform throughout much of South Wales, the Midlands and the West Country. It sings pieces in Welsh, English, German, Italian and if the South African National Anthem is included, Afrikaans and Xhosa. The Choir has raised many hundreds of thousands of pounds for charities and good causes.

The Choir has undertaken many tours to the USA, Canada, Austria, Germany, the Netherlands and recently Poland and Northern Ireland. It was also the first male voice choir to sing on P & O Cruise ship, the Athena and later The Azura.

In 2019 it was honoured to partake in a tour and Festival in Krakow, Poland where it performed at the World famous St Mary’s Basilica and the Krakow (Wielikza Salt Mines. The Choir later performed to honour King Goodwill, King of the Zulu Nation in Brecon Barracks.  In 2018 the choir formed the largest contingent at the Royal Albert Hall Festival of Massed Voices and was honoured to sing a few days later at Buckingham Palace as part of The Prince of Wales birthday celebrations. The Choir has also sung for the Queen to celebrate her Golden Jubilee at Buckingham Palace.

The Choir has performed in recent times at several prestigious venues including The Principality Stadium and the Swalec Stadium in Cardiff, also for the Welsh Assembly at the Senedd and at the Wales Millennium Centre.

This year the Choir was proud to have sung at the prestigious Armagh Cathedral in Northern Ireland as part of a 3 day concert tour.

The Choir has shared the stage in its proud history with the likes of Kathryn Jenkins, Shan Cothi, the Three Welsh Tenors, at Wembley stadium with Pavarotti, Domingo and Carreras and Bryn Terfel among many others.