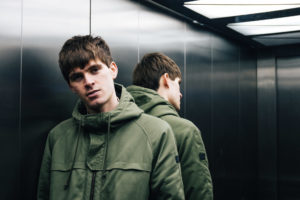 Jack Perrett is an indie singer/songwriter from Newport, South Wales. He released his first EP in 2015, What You Saying? under the guidance of Estron’s producer, Steffan Pringle to critical acclaim, receiving airplay and playlist status on BBC Radio Wales.

Recently released, Like A Fever has seen Jack tipped to be “Big in 2019” by Fred Perry. Subculture and national promoters described his song, This Feeling, as a ‘high class out and out indie banger’. The track has achieved national airplay on BBC Radio 1 (Huw Stephens), BBC 6 Music (Chris Hawkins), Radio X (John Kennedy and Gordon Smart).