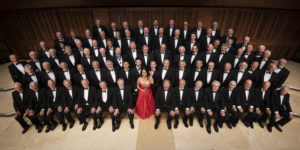 Formed in 1935, the internationally-acclaimed Morriston Orpheus Choir enjoys a reputation as a leading exponent of male choral singing.

2018 saw them touring to Vienna and Krakow, and 2019 is off to a swinging start, with highlights so far including a sell out joint concert with the Briton Ferry Musical Theatre Company at the Gwyn Hall in Neath, and singing onboard the Saga Pearl II cruise ship before she departed on her farewell tour of Africa. We have also performed a St. David’s Day concert at The Ffwrnes Theatre in Llanelli, and our Annual Gala Concert in June.

Under our Musical Director, Joy Amman-Davies, the Choir performs a wide variety of music in English, Welsh and other languages. She has built on our vast repertoire that includes gospel music, West End favourites, operatic pieces, religious material, and of course the Welsh classics. There is an ongoing process to introduce new works and to re-visit and hone the existing numbers. 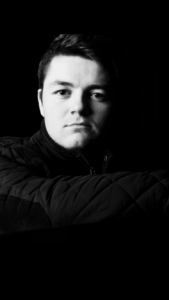 Welsh Tenor, Osian Wyn Bowen originates from the harbour town of Burry Port, South Wales. Currently he is an undergraduate student, studying under renowned Tenor, Adrian Thompson at the Royal Welsh College of Music and Drama in Cardiff.

Osian recently made his operatic debut in ‘Magic Flute’ in the role of ‘Monostatos’ with the Royal Welsh College of Music and Drama. In the Spring term of 2019, Osian played the ‘Title Role’ in RWCMD’s production of ‘Albert Herring’, and in the Summer Term he will play the role of ‘Marco’ in their Summer term production of ‘The Gondoliers’.

Osian is the latest recipient of the South Wales Male Voice Young Singers Competition, winning the Geraint Morris Memorial Award, along with being the Recipient of the Carmarthenshire County Council’s Minnie Morgan Scholarship 2018 & 2019. Earlier in 2018, Osian was also a finalist in the Milford Haven Music Festival’s Young Opera Singers Competition. Currently, Osian will appear as a finalist in the RWCMD’s prestigious competition, the ‘Ian Stoutzker Prize’ in June 2019.

In July 2017, Osian received an invitation to perform in Belgium at the Tyne Cot, World War 1 Cemetery as part of the BBC’s commemoration of the Battle of Passchendaele, which was broadcast live globally and in front of Prince Charles, Royal Family and European Ministers.

Future engagements include –
– ‘Marco’ in Gilbert & Sullivan’s The Gondoliers with the Royal Welsh College of Music and Drama, Summer 2019
– ‘Jaquino’ in Beethoven’s Fidelio with Welsh National Opera, Summer 2019