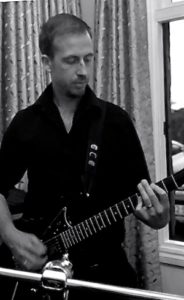 Retrospect is a six-piece covers band based in South East Wales.

Formed in Newport in 2007, Retrospect has played countless gigs ranging from the usual pub and working men’s clubs to three castles and a palace – Caerphilly, Caldicot, Hensol and Mathern!

The line up consists of three talented vocalists, keyboards, bass, guitar and drums. A versatile, talented band that will FUNK you up, ROCK your socks off, POP your eardrums and lift your SOUL!