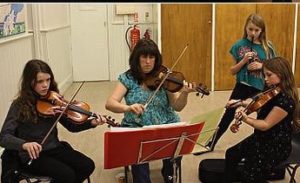 Amairgin the Gael is the only branch of Comhaltas in Wales. Comhaltas is an international organisation promoting Irish music and dance around the world. They meet in St Julian’s Methodist Church Hall on Tuesday evenings during school term times, for beginners’ and improvers’ teaching (all ages), and hold regular Irish Music Sessions in Newport on the first Friday of the month. See their website below for details.