Accompanied by his band, Jack Perrett has performed in cities all over the UK including London, Cardiff and Manchester alongside bands such as Judas, Vida and the Sherlocks. Performed at the Beano on the Sea festival in Hastings, which involved iconic Britpop bands Cast, Reef and Echobelly. With the backing of promoters “This Feeling”, Jack is going on a UK tour to kick start what will be a very exciting 2018.

“I really enjoyed that, it’s a catchy song. I was singing along by the end of that. (Huw Stephens, BBC Radio 1)

“It’s irresistibly anthemic” (Adam Walton, BBC Radio Wales talking about ‘Nothing For Anyone’)

“Close your eyes and think back to 1994 and the days of jangly Indie guitar music. The LA’s and Oasis would be proud to call this track their own. His sound is constantly developing and improving with every new listen I give him and I definitely think this lad has got a bright future. ”, (David Pottinger, Move on up blog).

“Jack sings as if he already has six albums, three BRIT awards, two Grammys and an Ivor Novello under his belt and that confidence exudes throughout What You Saying?, leaving you shaken and hungry for more”, (Josh Knapman, South Wales Argus). 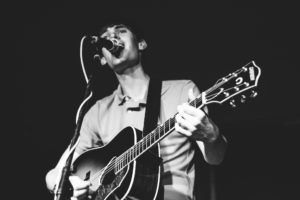