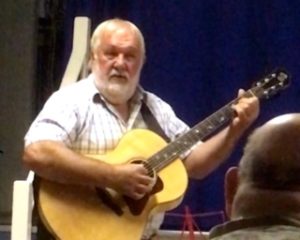 GREG ROWLANDS  has gained a well-deserved and impressive reputation on the folk circuit. Armed with only his guitar, he has become well-known and highly regarded at folk clubs and festivals far and wide in his home country of Wales as well as in England. He sings a wide range of songs many with choruses, which have been composed by respected songwriters and folk singers right through the ages. His warm powerful voice and personality are welcoming and friendly and his positive interaction with his audiences is a delight to behold. 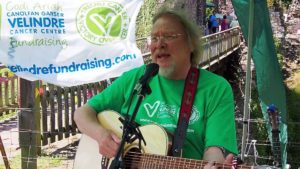 ROY ZEAL has been singing for many years and is widely respected on the South Wales folk circuit. He is a longstanding and highly regarded member of Newport Folk Club with over 45 years’ experience of performing on the folk scene of South Wales. Roy has made a number of radio and TV appearances over the years, and has recently been featured on the ‘Velindre Sessions’ charity CD. Roy is an outstanding singer and performer and is someone who epitomises the saying that: ‘good musicians don’t get old, they just get better!’ 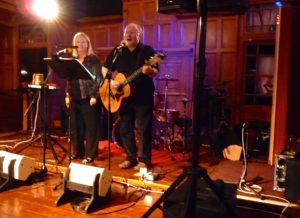 TANGLEWOOD is an acoustic duo based in Pentyrch, near Cardiff. They have been performing regularly in concerts and festivals in South Wales as well as at various venues in the Midlands and the North of England.  Over the last four years they have made over 300 live performances and have developed a very wide and eclectic repertoire consisting of traditional folk music, more contemporary acoustic songs as well as original songs.