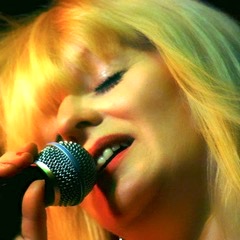 Jane Williams, originally from Cardigan in West Wales but now residing in Cardiff, has been singing since she was 15 and performing on stage, radio and with bands in Welsh and English. She sings and plays the ukulele and piano in – Omega Two with Pete Mathison guitarist with Ray Davies in 90’s and Wee Small Hours Duo – with pianist Gareth Hall .She is in demand as a jazz singer for The Keith Little Trio and The Rhythm Aces. The cherry on the musical cake was recently performing on Van Morrison’s latest album – Roll with the Punches released September 2017…….

Pete Mathison moved to Wales to join Jump Blues Pioneers, Red Beans & Rice. It was this line up that recorded the legendary album “Live at the Dublin Castle” and “RnB Jamboree” they toured extensively in Europe. Pete became an ‘in demand’ session musician in London, he went on to record and tour with Ray Davies of the Kinks for many years. Pete has also played with Paul Weller and is currently the lead guitarist for the Bella Collins Band.

They have been performing as the Omega Two duo now for about 10 years, performing all over Wales and the South West and have a cd for sale of some of their favourite songs. They are also often found performing for Musicare who provide music and entertainment in care/nursing homes for the residents.