The Red Hot Pokers are four talented musicians who have played along with artists such as Alex Harvey, Van Morrison, Chuck Berry, Jerry Lee Lewis & Tom Jones.  This amazing band is best known for being part of Van Morrison’s backing band with Ned Edwards having worked with many of the industry’s heavyweights and has contributed to Van Morrison’s recent studio album. They have also shared stages with big names such as B.B. King and Eric Clapton to mention just two. 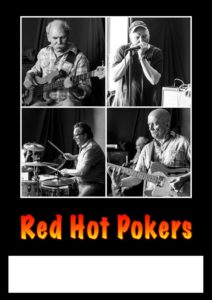