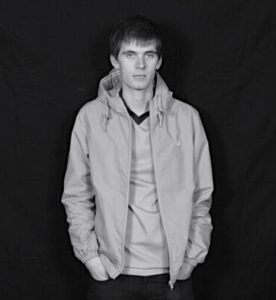 Jack Perret’s debut EP ‘What You Saying?’ has gathered critical support across the UK as well as gaining plays in American and Australia.  A side ‘Me And You’ was featured on ITV1’s This Morning television programme, whilst well known arbiter of all things cool and Welsh, Dave Owens included another of the EP tracks, ‘Drunk And Stoned’ in his Wales Online ‘Top 100 welsh songs of 2016’ playlist. Jack capped off a successful 2016 when he was voted into the Final 6 of Project: Aloft Star. In the final Jack performed in front music industry professionals including BBC Radio DJ’s Huw Stephens and Sian Anderson and Spector frontman Fred Macpherson. Throughout 2016, Jack performed in venues and festivals all over the UK including London, Cardiff, Bristol and Manchester supporting bands such as Judas, Jaws and Badfinger. Under the production guidance of Estrons producer, Steffan Pringle, Jack has recorded new no holds barred, bombastic terrace anthems released earlier this year.