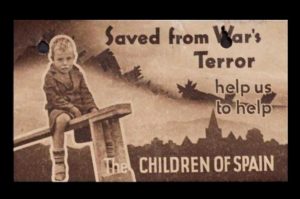 In May 1937 around 4,000 children arrived by boat at Southampton. They were refugees from the Basque area of Spain. On July 10th 1937, 56 of those children came to Caerleon.

Even if you have already heard the story of the Basque refugee children in Caerleon there is always more to reflect on and learn – and commemorate.

We will be commemorating the arrival of the children in Caerleon – 80 years ago to the day – by holding a free event in the morning – see https://www.caerleon-arts.org/events/2017/07/10/2017-80th-anniversary-basque-refugee-childrens-arrival-caerleon-free-event/ 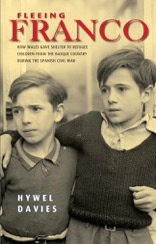 Na-Mara are well known for their songs about the Spanish Civil War and maintain close ties with the International Brigade Memorial Trust. Their concert will include songs that are directly related to the Basque refugee children.