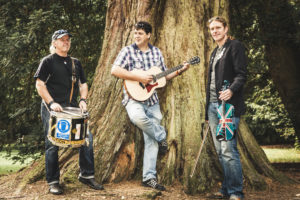 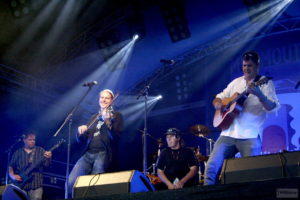 FolkLaw is a 4-piece acoustic folk-rock band that has been described as “one of the most exciting acts to grace the stage”! Their “The Tales That They Tell” has received radio play from the BBC to Australia and been described as “Full of Passion” by R2 magazine and “a touch of magic” by Bright Young Folk.  In recent years FOLKLAW has played support slots alongside Seth Lakeman, the Wurzels and Ade Edmondson, and played at festivals in every reach of the UK, from Fishguard Folk Festival in Wales, Polperro Festival in Cornwall to The Great British Folk Festival in Skegness.  Prior to forming FolkLaw, singer-songwriter Nick and percussionist Gaz toured the US and Europe with folk-rockers The Bleeding Hearts, supporting acts such as the Levellers, the Darkness and the Oysterband.