Playing a lively mix of traditional Welsh jigs and reels, members of the Chwarae Teg  ensemble come from across Gwent. Their ages range between 12-17 yrs

They have performed in various concerts from St David’s Hall, Cardiff to London’s Albert Hall. Were featured as an integral part of ‘Elemental’ that was staged at Blaenavon Ironworks in June 2012 as part of the Cultural Olympiad. From this they were invited to perform at the Sennedd in Cardiff Bay for the returning Welsh Olympians and Paralympians. Chwarae Teg performed at the regional Festival of Music for Youth and was then invited to play at the National Festival in Birmingham in June 2013. 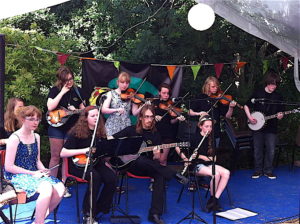 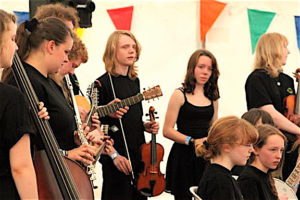