Jack Perrett first received radio play when his song ‘What You Saying?’ was played on BBC Radio Wales. The song has also been played Nation Radio and many community radio stations. Another song from his EP ‘Drunk And Stoned’ was included in Wales Online music journalist David Owens playlist of ‘the finest new music in Wales’. This song has also been played on Nation Radio and community radio stations. The 2nd track off my EP ‘Me And You’ was recently played on ITV’s This Morning during a VT of the fashion section of the show. 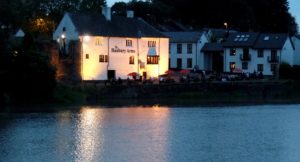