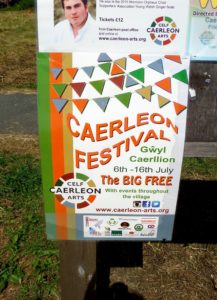 The Festival Field in Caerleon stands ready for the 15th Caerleon Festival’s BIG FREE taking place on Saturday 15th – 16th July. Our thanks to all the dedicated workers who undertook the extraordinarily hard work in getting  it into shape, working at times in very difficult conditions…….

Take time to see Gallery of photos below and marvel!

2 thoughts on “The Field stands ready!”