The Caerleon Festival has recently been awarded much needed funding from Entrust for their Caerleon Gateway Project to turn their field into a wild flower meadow.

Having established themselves as a Community Interest Company they found they were able to apply for funding from the Landfill Communities Fund (LCF) through Entrust via Newport City Council, and with some crucial assistance from Councillor Gail Giles who put them in touch with the right council officers, they were able to first register as an Environmental Body and then submit their Caerleon Gateway Project for funding.

As a result, they now have funding to the end of March 2018 to clear, repair and restore all the field boundaries, including fencing and stonewalling. They will be able to cut, turn and bale the grass several times, and start an intensive plan of wild flower plug planting, involving Festival members and helpers, as well as the local junior and comprehensive schools and nurseries.

You will see that a start has already been made on clearing brambles and nettles, and the field will be mowed in late June, just before this year’s Festival starts by the same horse drawn team as last year.

Some planting will happen as soon as it can be done, with most taking place over the summer and early autumn. There will be many working sessions and calls for helpers will go out a number of times. The more help the festival group get, the more they can achieve.

The Caerleon Festival hope to secure additional funding to enable the project to continue into 2018/2019 and even longer if possible. 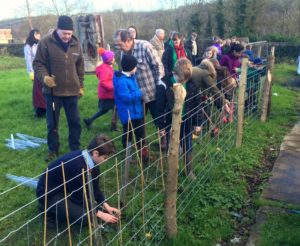 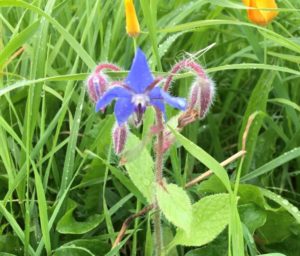